ES compresses from Hartmann made of gauze with good absorbency

Two compresses in one steril package

Made of absorbent and breathable gauze, available in various sizes 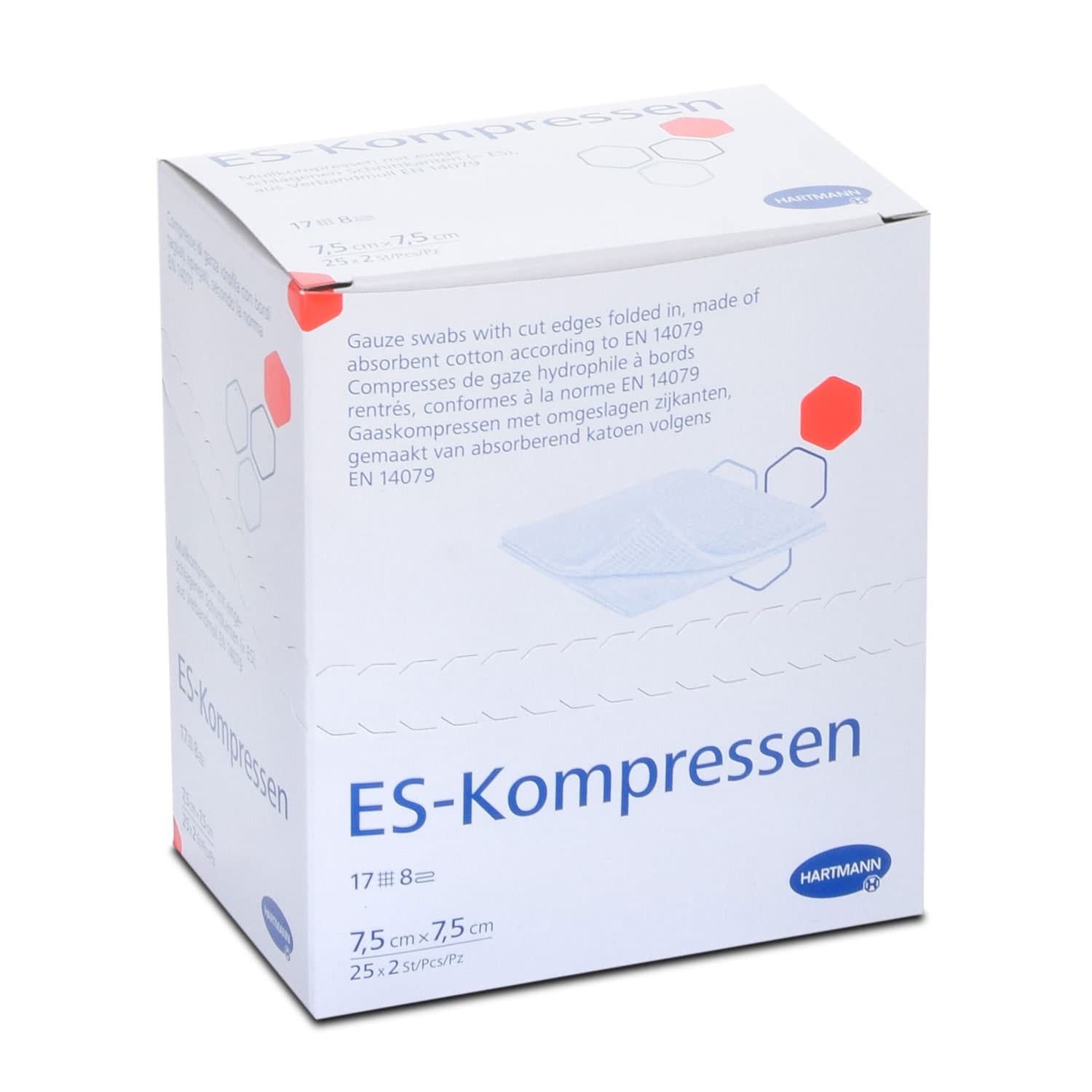 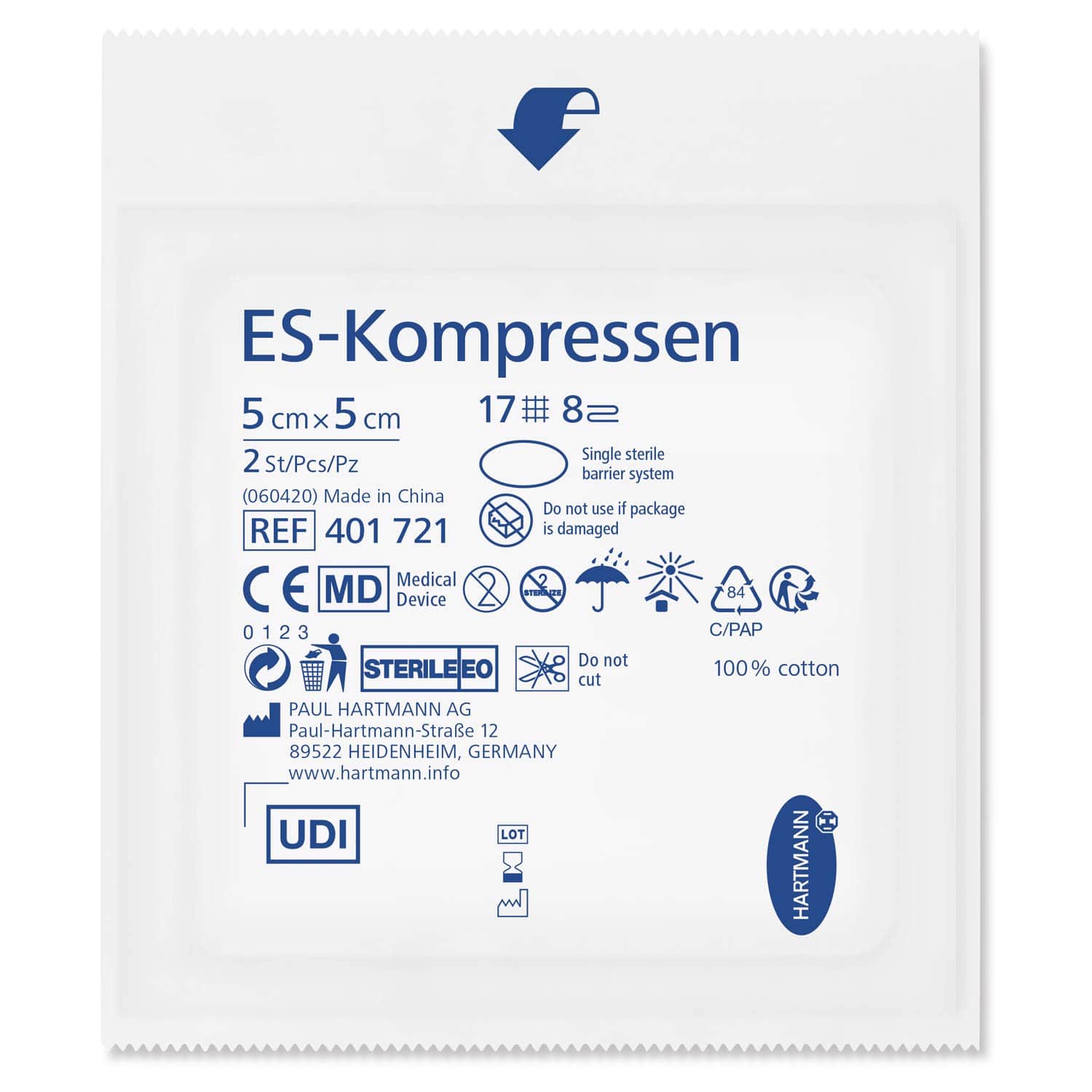 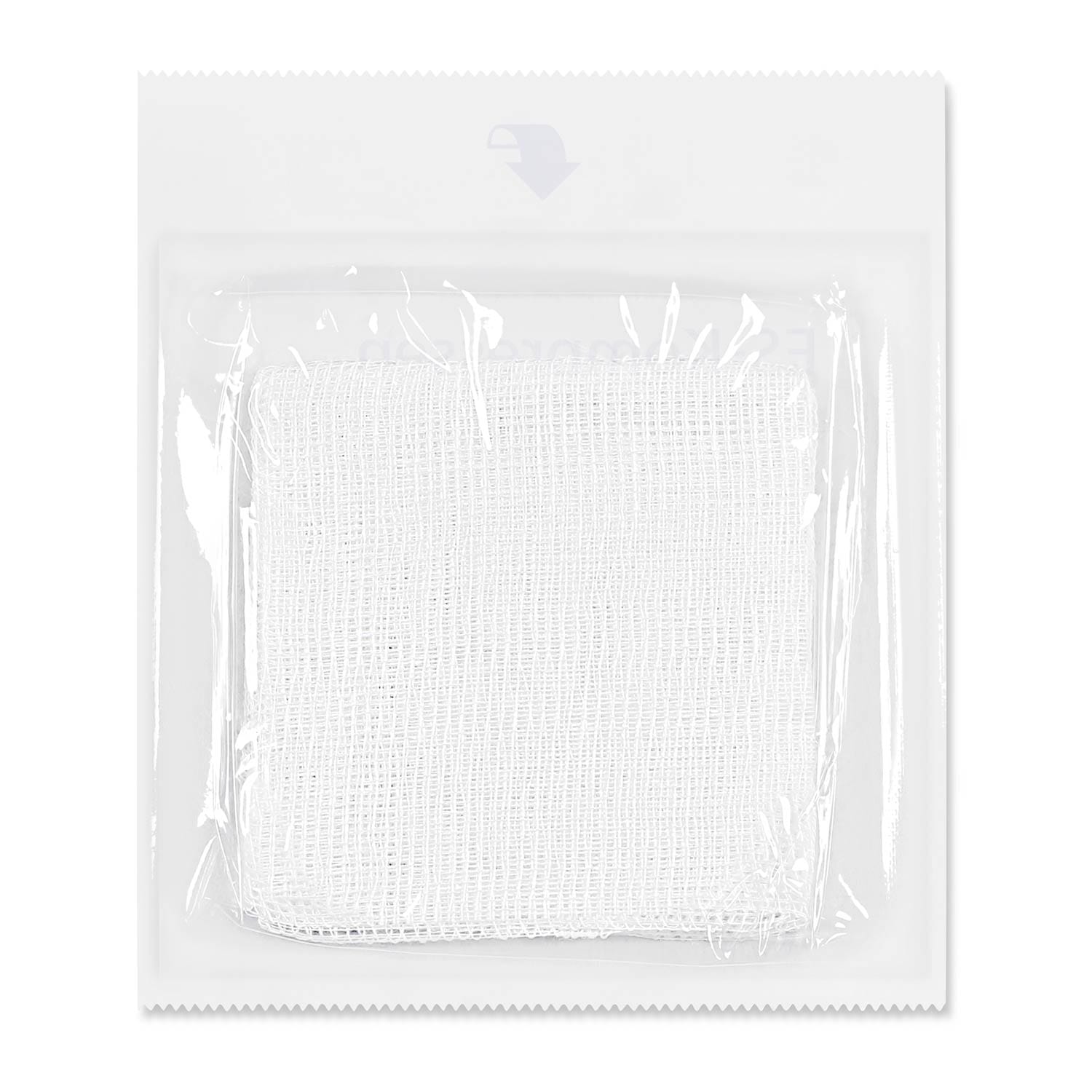 The sterile ES compresses from Hartmann are ideal for use in doctor's surgeries and hospitals. They are not only needed when applying dressings, but also as sterile swabs during minor surgical procedures. The ES compresses are available in various sizes.

The gauze compresses from Hartmann are 17-threaded, so that they do not have any disturbing edge threads. They have a folded cutting edge - this makes the compress easy to fold out several times. In addition, the compresses are permeable to air, soft and supple, and are characterised by good absorbency, which is not only an advantage for weeping wounds.

The compresses are supplied in sets of 50, 25 in each pack.

ES compresses are used for general wound care, especially for the initial treatment of soiled, infected and highly exuding wounds, as well as for swabs and as compresses for minor surgical interventions.

Share your experiences with this product with other customers. Please click on the stars to submit your rating.

We will be happy to answer your questions on the phone

We will call you back

Thank you for your enquiry. An expert advisor from our company will contact you soon. 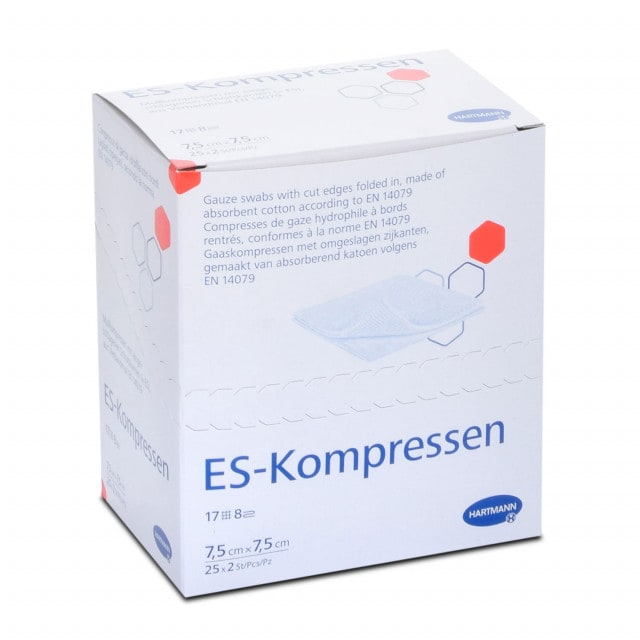 ES Sterile Compresses, sterile 7.5 x 7.5 cm
By submitting, you consent to the use of your data to respond to this request. More details in our Privacy Policy
Language & Currency
English
EUR €
Select Discipline

You can change your choice in the header at any time.

Type to get results...
Categories
Contents
from your wish lists () Products Relating to Your Search () Show all items
Last viewed
Recently purchased
Shipping and Delivery Conditions Bank Accounts Legal Notice About Us
Have you forgotten your password?
No problem, you can set up a new password here.

Please be sure to input the exact address that you used when you registered with Praxisdienst. Otherwise, your e-mail address cannot be found by the server.

If you are still having problems logging in, despite inputting the correct e-mail address, and you did not receive the "password forgotten" e-mail, please contact us by Email at the following address: info@praxisdienst.de